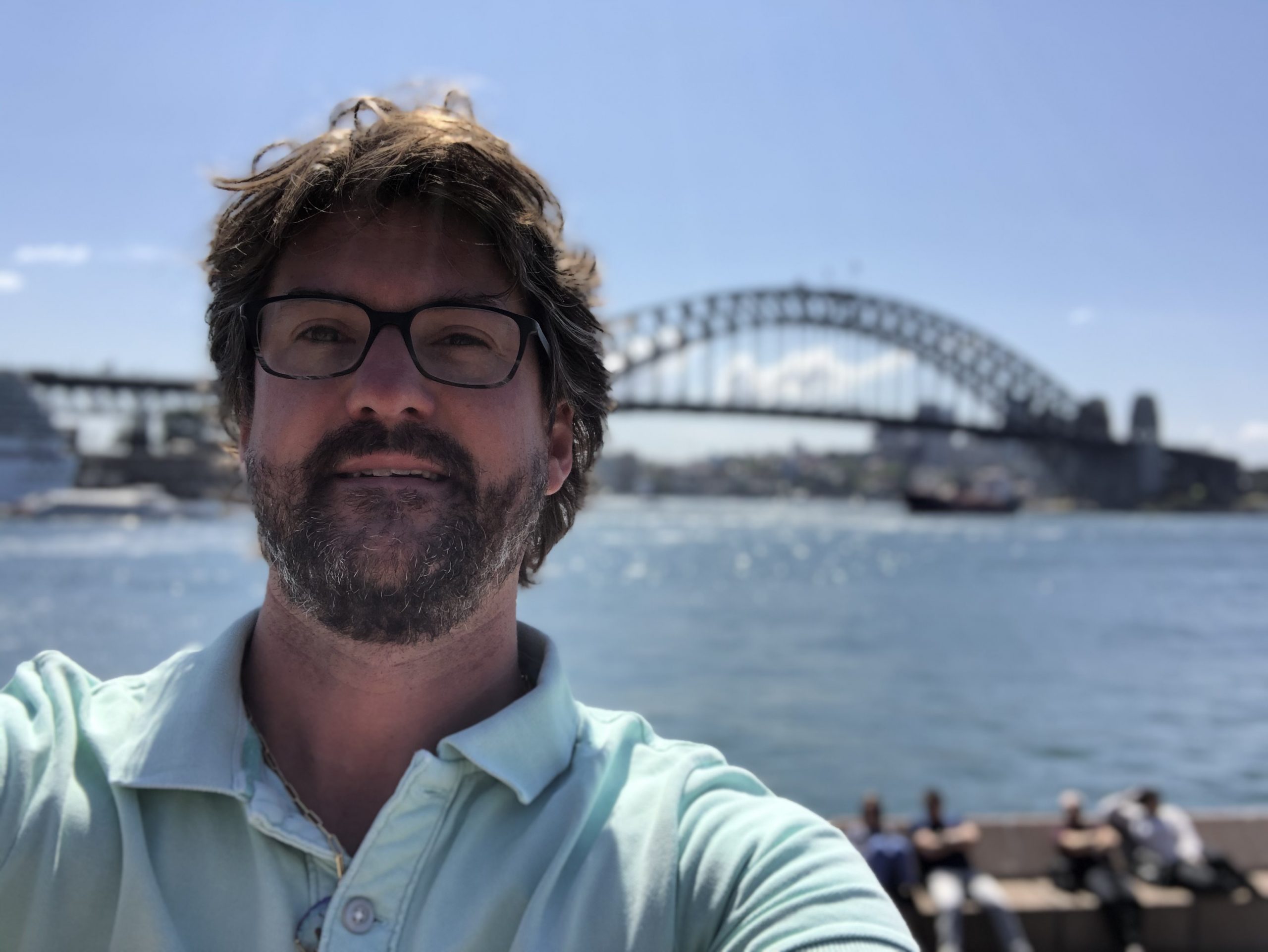 Shortly after graduating from the School of Business and Economics, Willem Overbosch fell in love with Australia. He is now on the verge of settling there permanently with his wife and children. Although the decision to leave was easy, the period that preceded it was tough. Here he talks about his thirst for adventure, his passions, and ripples in the water of life. “Change is the only constant.”

“In early 2000 I took myself off to Australia. Off to the unknown, to the distant family my grandmother had told me about. It was a fantastic year. I crossed half the country, worked on my family’s cattle farm and became a woodcutter. I learned what it is to be independent, to think for yourself, to create. I experienced a special, pure kind of peace, comparable to what we now call mindfulness. And I fell in love. With the country, but also with a woman: I met Milou during the Olympic Games in Sydney. Since moving back to the Netherlands, we’ve visited Australia often. It feels like home there, like one big sweet jar full of opportunities.”

Opportunities and adventure: Overbosch has sought them out since a young age. Even studying at Maastricht University went against the ‘family tradition’. “I had this idea that there was more to discover in the young student city of Maastricht than in, say, Utrecht or Groningen. Problem-Based Learning also really appealed to me. I chose Business Economics because I was drawn to the human side of economics.”

He enjoyed his student days, including the requisite wine and cheese at In ’t Knijpke and nights out with student association Tragos. But he worked hard, too. He spent a year as president of Tragos, participated in the Research Project Maastricht – Colombia and learned a lot. “I have warm memories of the lessons by professors Ad van Iterson and Mariëlle Heijltjes. And it was Professor Kimman’s business ethics course that got me into sustainability.”

The dark side of entrepreneurship

Sustainability would later become an important theme in his career. Which makes it all the more striking that shortly after graduating, he found himself working for Exxon Mobil, an American multinational in the oil industry. His trip to Australia marked a turning point — not long afterwards, he launched his own business. “For years I started, bought and sold various companies. It was cool, but ultimately I came face to face with the dark side of entrepreneurship. In 2019, two of my companies went bankrupt, and to cover the costs I had to sell all the others. We had to start from scratch all over again. That was tough.

“I was able to use the ‘corona year’ 2020 to reinvent myself. I now know: I’m not my company, I’m just Willem Overbosch, learning as I go. And since I had to start over anyway, I took the opportunity to follow my passion for sustainability, together with sustainable development, technology and ‘future thinking’. And then there was our family’s dream of moving to Australia…”

I now know: I’m not my company, I’m just Willem Overbosch, learning as I go.

They made the decision to emigrate just before the corona crisis erupted. The move had to be delayed, but preparations are now in full swing. For the last year, Overbosch has been working from the Netherlands for the Australian company SDG Align. “We develop online tools that help SMEs to operate more sustainably. How do they align with the United Nations’ Sustainable Development Goals? How can they improve? Of course I sometimes miss the personal contact with colleagues — after all, they’re 17,000 kilometres away — but tools like Zoom make up for a lot. And this job combines all my passions!”

Try not to judge too quickly; listen and observe instead, even when things go wrong.

“We think that in Australia we’ll be able to find a good balance between nature, life and work. Enjoying the climate, the people, the opportunities… In ten years I hope to have a farm near Brisbane — although ‘near’ in Australia can easily mean hundreds of kilometres away, ha ha — and to have contributed through my work to a more sustainable future for my children. Yes, it’s far away from the Netherlands, but adventure calls. Now we’re just hoping the borders open again soon and we can leave. But after all we’ve been through as a family, this wait is just a small ripple in the water. And where there are ripples, change is coming.”
Change — he is not afraid of it. Given his experiences, does he have any advice for fellow alumni? “Try not to judge too quickly; listen and observe instead, even when things go wrong. Immerse yourself in people, listen to podcasts, read books, seek out new things and experiment. Make use of the knowledge and problem-solving abilities you developed in Maastricht. And remember: change is the only constant in life.”